The coffee you drink is dependent on where you are in the world. Not every country drinks coffee the same way. Coffee is a beverage with a history as rich as it tastes. Coffee spans centuries of history across the globe. Its popularity across cultures means that coffee has almost endless variations and traditions that we get to explore together.

America is known for going big or going home and coffee is no exception. Large companies such as Starbucks and Dunkin Donuts maintain America’s coffee culture. Unlike many other countries, the emphasis is less on the taste of the brew and more about what is added to it.

This is shown through the endless flavors of lattes, frappuccinos, and iced coffees. While many small coffee shops emphasize the technique and coffee brewing methods, a majority of coffee culture in America depends on creating unique flavors.

The pumpkin spice latte is an American tradition that you would have a hard time finding anywhere else. Just as America is referred to as a melting pot, its coffee culture has been influenced by all the immigrants it has welcomed over the years.

Italy is one of the birthplaces of coffee. Although Italians refer to their coffee as caffè and brew it differently, it is made from the same beans. Traditional Italian caffè has not changed much since it was first introduced. Why change perfection? But as it grew in popularity, several variations became popular.

Italian caffè is also called espresso. Espresso can be thought of as condensed coffee because of its small size, big taste, and enhanced caffeine content. Espresso is made by forcing pressurized hot water to collide with finely ground Italian roast coffee until the flavor is released.

The result of this brewing method is one ounce of dark, bittersweet espresso. Espresso is a highly aromatic coffee with a rich and smooth taste. Because of the pressurized water, it takes seconds to brew and contains an intense coffee flavor.

Although plain espresso is still the all-around favorite type of coffee in Italy, there are sweetened versions offered in nearly every coffee shop. The macchiato is one of the most beloved espresso variations.

The Italian macchiato, often referred to as the espresso macchiato, consists of equal parts espresso and steamed milk. Although macchiatos are considered sweeter than black espresso, they are still very bitter.

Another espresso variation is the cappuccino. Cappuccinos consist of one or two espresso shots, a dash of steamed milk, and lots of milk foam. Steamed milk produces microfoam that holds a velvety mouthfeel. Most of a cappuccino is filled with milk foam, making it sweeter than a macchiato.

Turkey uses a coffee brewing method that creates a distinctive taste and texture. No coffee can be made as thick or as rich as Turkish coffee. This is because the coffee grounds are served at the bottom of the cup along with the rest of it.

This may sound disgusting if you have never tried it, but Turkish coffee’s fine grounds allow their coffee to be incredibly flavorful with a mouthfeel you cannot accomplish anywhere else. This distinctive blend of flavors and textures requires constant monitoring and skill.

Turkish coffee is brewed with coffee grounds that are so fine they are nearly powdery. These coffee grounds have the consistency of flour. For this brewing method, the coffee grounds and a small amount of water are added to a tall and skinny pot. This is also when the barista will stir in sugar or additional spices.

The pot is placed on high heat and allowed to reach a point where it is almost boiling. Before the liquid reaches a true boil, it is removed from heat and allowed to cool briefly. This process of heating the coffee is done a minimum of three times before it is ready to serve.

Turkish coffee is poured into small demitasse cups and allowed to cool for several minutes. The cooling process is important because it allows the grounds to settle in the bottom of the cup.

Although modern-day Turkey serves a combination of lattes, drip coffee, and other global beverages, traditional Turkish coffee thrives in coffee shops and local homes. Turkish coffee is one of the oldest and most distinctive coffee brewing methods. If you are not used to it, Turkish coffee takes a while to adjust to.

Coffee consumption is deeply rooted in Finnish culture, so much so that they are the world’s leading consumers of coffee! Drinking coffee is so widespread in Finland that they have become the only country in the world to mandate two coffee breaks every workday.

Coffee drinking is an integral part of Finnish culture. Most weddings, christenings, or other such celebrations serve small cups of coffee with many refills. It is customary to offer guests and visitors a cup of coffee when they enter your home.

Perhaps the most unique part of Finnish coffee culture is its silence. While many other cultures embrace chatting while drinking coffee, Finland does not. Most coffee breaks are taken in silence, even when with friends. Coffee breaks in Finland are a time to gather oneself and re-center while in good company.

Many historians attribute the 17th-century Parisian cafes to the Enlightenment Era. These cafes were places for great minds to gather and discuss new ideas. They became the birthplace of revolution and knowledge.

Although French cafes aren’t quite the community gathering places they once were, they are still used to meet with friends, family, and neighbors. Modern cafes are still where you will find locals discussing politics and art over a decent cup of drip coffee.

Drip coffee is more common in French cafes than espresso. the taste of French coffee might surprise those who are used to the sweet and well-balanced flavors of the Arabica bean. A majority of coffee shops and blends use Arabica beans because they contain a wider variety of flavors and are considered sweet.

France prefers the richly caffeinated Robusta coffee bean, which is considered bitter in comparison. Due to the chemical structure of the Robusta bean, it contains almost twice the amount of caffeine. Be careful visiting your local French cafe. You may end up with more of a buzz than you bargained for.

Coffee from Spain is renowned for being dark, bitter, and strong. Spain prefers espresso coffee with a twist. Torrefacto espresso is the tradition of brewing coffee with sugar. Instead of making the coffee sweet as one would predict, the sugar is burned by the hot water.

Torrefacto coffee has a black sheen from the burned sugar coating the coffee grounds, making it taste twice as strong as regular espresso. One of the most common coffees to order in Spain is the cortado.

A cortado from Spain maintains the torrefacto tradition by adding sugar to the coffee before it is brewed. It is served as a single espresso shot in a tiny cup with a splash of textured milk to cut the bitterness. The cortado’s cousin, the cafe con Leche, contains equal parts espresso and textured milk.

If you happen to be in Spain but are not used to the strong taste of espresso coffee, order an Americano. An Americano consists of one or two espresso shots watered down to make them more palatable.

South America is the leading producer of coffee beans in the entire world. Although there is not much of a culture for drinking specialty brewed coffees, a large part of the economy is dependent on coffee farming.

Because of its high elevations, volcanic soil, and rainforest climates, many places in South America are the perfect environment for growing deliciously flavored coffee beans. Peru in particular is known for its tall mountain ranges.

Columbian coffee is full-bodied and exceptionally flavorful. Its caramel notes create a well-blended taste of mellow, sweet, and bitter that is specific to the coffee bean’s origin.

South America may not take the lead when it comes to coffee brewing methods, but everybody agrees that South American coffee beans have impacted every coffee-loving culture around the world.

Coffee is one of those staple foods that has endless variations. Nearly every country in the world hosts a population of avid coffee drinkers and there are always new brewing methods to explore. It is important to know where in the world you are before ordering coffee, or you may end up with something completely unexpected. 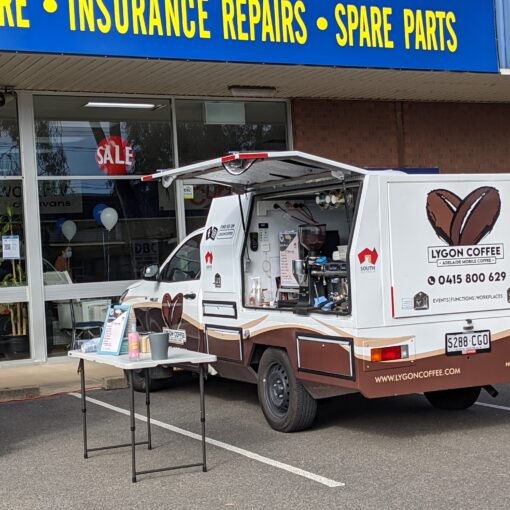 What is the best way to host an event? A mobile coffee van is a way to meet the needs of your […] 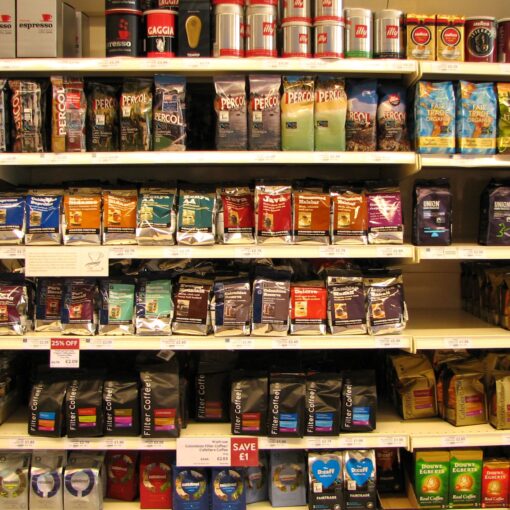 If your everyday cup of Joe has been tasting a little stale, the problem could be your coffee beans. Or rather, it […] 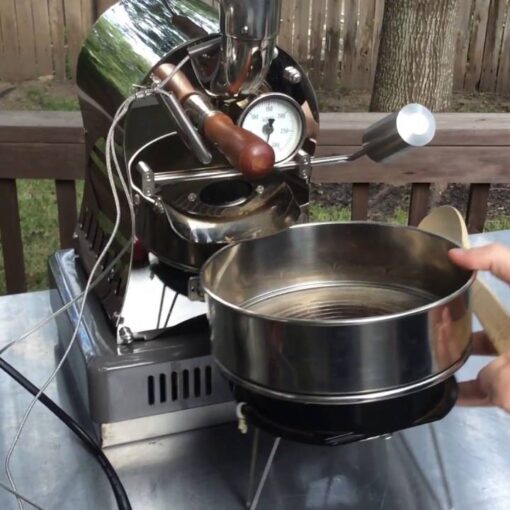 Coffee is everyone’ favorite mental refresher. Everyone likes to get a cup in the morning to kick off their day or in […] 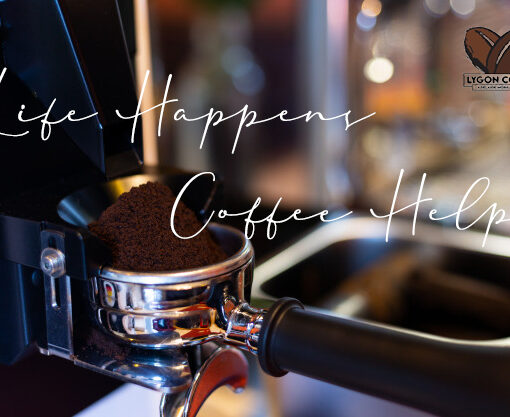 To make an excellent espresso, it requires art and science. You need to instill the art skill by continuous practicing and the […]